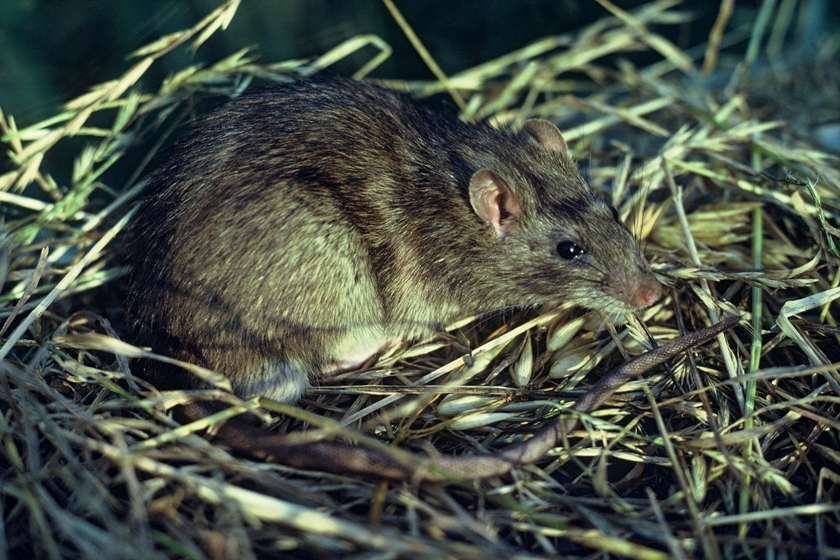 Rats are introduced pests which threaten the long-term survival of native species. They include the kiore (Pacific rat), ship rat (Black rat) and Norway rat. Rats eat rare weta, snails, frogs, lizards, tuatara, birds and bats, as well as other insects and the flowers, fruits and seeds of plants. Ship rats and Norway rats also eat any small animals and plant material, including the adults, eggs and chicks of many rare birds.

The Norway rat is the largest of the two European rats. It is distinguished from the ship rat in that the tail, which is about 180mm in length, is thick and shorter than the body, which is about 200mm in length, and that the ear of this rat does not reach the eye when pressed forward. By contrast the ship rat, which is more common, has a tail larger than its body, and ears that cover the eyes when pressed forward. Both of the European species are associated with human activity and are found in houses, tips, waterways and cropland.

Kiore are now found only in Fiordland, Stewart Island and some off-shore islands. They were introduced to New Zealand by Maori settlers and have cultural and spiritual values to some Maori.